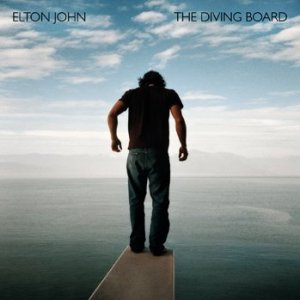 I should start this by stating something that’s already plainly obvious – I love Elton John.  From the time I heard the opening refrain of ‘Believe’ on his Made In England album, my life’s soundtrack has been one written by Reggie & Bernie. Fan girl? Yep.

And I’m perfectly okay with that.

Having left home early to chase education, love, and adventure across the world, Elton’s familiar voice and quasi-Southern gospel chords have made up the most calming, grounding and intense moments of my time abroad. Memories that have been etched upon my mind with a melody that I can play back at anytime I wish.

As far as I’m concerned, Elton’s got some kind of charm or spell over me – because for more than 1/2 of my life, his melodies have resonated with me and still remain this side of epic. Sometimes, when I feel lost, or dark, or homesick I simply put on an old album and my worries float away. Easy as.

That said, the past few albums Elton’s released have lacked any “oomph” for me. I’ve found it hard to connect with the words Bernie Taupin has fashioned out of his life living in Santa Ynez as a wealthy, post-middle-age married man with two young children. Elton’s music has remained strong – but the words. The words just haven’t connected with me at all. In fact, sometimes I feel lost in a song. And, if you have to try hard to like a song it becomes too much like hard work. Music should never be hard work.

All of this, if I’m being honest, has caused me to wonder if Elton and Bernie were past writing anything new and relevant to me (and I’m sure to many others out there). But then, on a vacation in California this summer (my first journey home in 2 trips around the sun) a new song was released. Home Again not only connected with me – it moved me. It resonated with who I am, where I am, and how I feel about going home again. WINNING!!!

Bernie and Elton didn’t just hit a line drive to center with this one, they knocked the  ball out of the park with bases loaded. Needless to say, on the back of an exciting new single, I couldn’t wait to have The Diving Board in my hot little hands – it was only a 10 week wait.

When the day came I woke up at 4am to listen in silence. On first listen, here’s my verdict: If it’s true what they say how genius never sleeps I can only be thankful for Elton and Bernie’s insatiable insomnia. In fact, the new album so charmingly complex that I too am finding sleep a ghostly and mostly absent bedfellow.

This album is Tumbleweed Connection meets Blue Moves meets Songs from the West Coast with a taste of something new and sweet. Vocal arrangements reminiscent of a sweet Sunday choir on a sultry summer day reign supreme on ‘Take This Dirty Water’ . Other songs are slow, filled to the brim with conviction, regret, beauty and belief . ‘A Town Called Jubilee’ tells a story dripping in Americana and country twang.

I won’t go through each song here in detail – I’ll leave that to you. But I will say this, if you like Elton’s older stuff – you’ll really like this album.

Some of Bernie’s words are still over-contrived and I find my mind tripping over their meanings. But, Bernie’s always been a story-teller of epic proportions. Trying to fit a novel into a few verses, a bridge and a chorus that take us on a 5 minute journey isn’t easy. My overall impression of The Diving Board is that it’s amazing. It’s Elton at his best. At the piano. Singing his heart out. Full of conviction. Rocking.

If music were a religion – after this I imagine I’d call myself born again! For the first time in years, Elton John’s music has really delivered.